I’ve always wanted to go to Krakow. Back when I backpacked through Europe after college, it was at the top of my list. It was just too far east to work out, though. But I always knew I’d go back. When I learned we’d be moving to Europe, one of the things I was most excited about was finally being able to get to Krakow. After knocking out my mom’s bucket list item of Poznan, Poland, it was onto mine. Finally! Krakow. We hopped a train south and arrived in gorgeous Krakow.

Our first day, we had a tour of the Jewish Quarter by Anna Kaiser, who came highly recommended to me by fellow expat friends. She did not disappoint. The area, called Kazimierz, was the center of Jewish life in Krakow for 500  years until it was destroyed by the Nazi’s in WWII. In Kazimierz, Anna showed us the ulika Szeroka, the main square where Jewish merchants first settled, and the Old Synagogue, built in the 1400s and fortunately not destroyed in the war. There are old cafes perfectly preserved as they existed pre-war, which we loved. In the early 1900s the Jewish population rose to around 32,000 and was on its way up, but during the war most of the Jews were forced to the cramped ghetto in Podgorze, and later onto labor camps. Only around 3,000 survived the war, most of them saved by Oskar Schindler. So much of this could be incomprehensible for children, but the book The Boy on the Wooden Box by Leon Leyson was a great read for them and it helped them more fully understand this important history. I highly recommend it if you have children in the 9-up age range. It was a lot to take in for all of us. The rain felt right that day.

The next day, my mom and Vin took a trip to Auschwitz. The girls and I stayed back. I had already had the experience of visiting Dachau outside of Munich, and I need to stay back with Juliana, who is too young to understand the Holocaust and visit such a place, and Sophie, who didn’t feel emotionally equipped enough to handle it. More on their trip in another post. 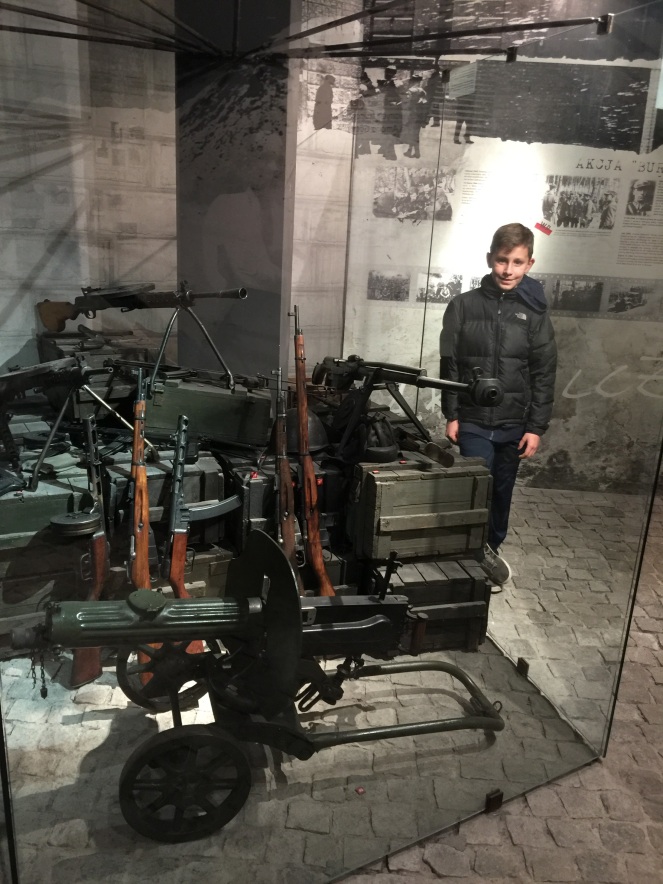 Our apartment was in a beautiful old building just on the edge of the huge main square, (called the Rynek Glowny) on Stare Miasto. I fell in love with the entryway, and may have taken several photos from just about every angle… 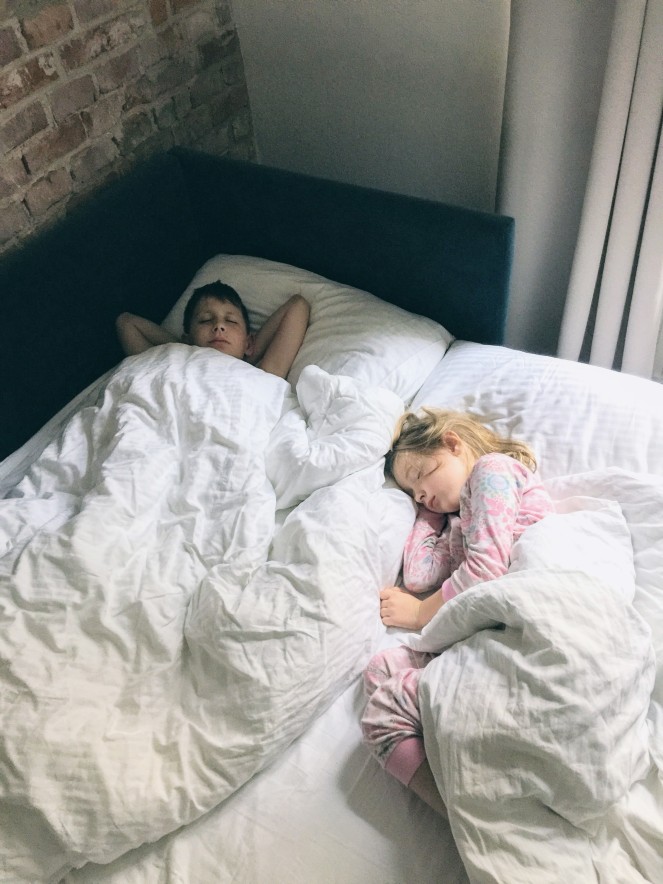 While my mom and Vin were at Auschwitz, the girls and I had Anna take us to tour more of Krakow, including the Cloth Hall, some of Pope John Paul II’s favorite places and Wawel Hill, to hunt for Krakow’s famous dragon.

Next up was the Wieliczka Salt Mine, outside of Krakow.It’s a dark, eerie world of tunnels and caves, and everything in it has been carved by hand from salt blocks. The first mine shafts were dug in the 1300s. The mine has a labyrinth of tunnels, about 300km distributed over nine levels, the deepest being 327m underground. A section of the mine, some 22 chambers connected by galleries, from 64m to 135m below ground, is open to the public by guided tour, and it’s a fascinating trip.The mine is well known for its microclimate, with its preservation abilities and health-giving properties. An underground clinic exists within it, where chronic allergic diseases are treated by overnight stays. Every single element here is made of salt, from chandeliers to chapels. During WWII, the mine was used by the occupying Germans for war related industries. 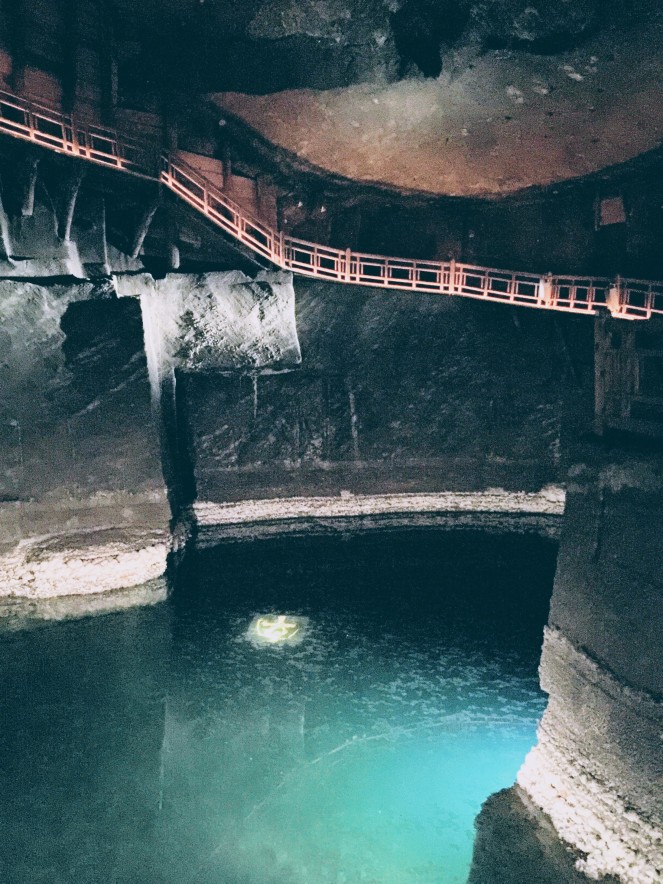 Krakow was such a perfect mixture of beauty and history. My kids still mention it as one of their favorite trips and I think it’s because the some of the history we chose to focus on during this trip (WWII, Pope John Paul II) was understandable for them. It’s recent, which helps, and they’ve been exposed to it already through the many books available on the subjects. There are so many cool places in the world to visit, I think Poland is very much overlooked and underrated. For us, it will always be among the best destinations of our lifetime.